How did Tales of Illyria (TOI) come about? Incredibly enough, the game is a labour of love made possible by a team of nine people, over two-and-a-half years of development.

This week, Austin-based Jon Smith (Lead Designer and Artist) and Chad Maniccia (Programmer and Project Lead) talk a bit about the genesis for Tales of Illyria and the unique challenges they faced. 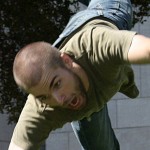 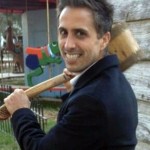 How did the two of you meet?

Chad: I posted an ad in Craigslist for an artist.  It was for a zombie game we never made.

What were your previous projects?

Chad: I’ve developed several unpublished board and video games in high school. When the app store lottery began, I thought I might try to roll the dice. Tales of Illyria is my fourth commercial release. 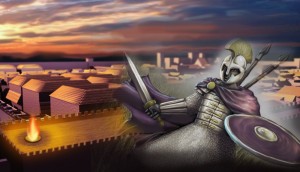 Jon: Chad made a paddle boat game before we met (River Blast). It was a miserable failure. We got together to make ‘The Ultimate badass Game of All-Time’. It was a failure. Then we took the engine we started with Ultimate Bad-Ass Game, and made Legends Arcana. It made us some money, but (we) still made too many mistakes, and it was too much work to keep our momentum and expand our fan base.

How did Tales of Illyria come about?

Chad: I have a massive board game collection. Tales of Illyria was conceived after playing a session of Talisman. Jon was very impressed with the game and wanted to make something with a board game feel. He liked the way board games used static art. 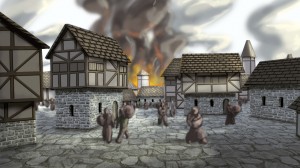 Jon: We were looking for a new project to start on. I thought a digital version (of Talisman) would be easy to make. Talisman has you moving a character though different environments with randomly drawn cards determining if you will fight a monster or find a bag of gold.

From there, we started expanding on the core concept. We quickly added complexity – this was a digital game after all and it was not necessary to keep the math simple.

Very early on I saw parallels between our game and Oregon Trail. Oregon Trail is a very focused experience. Many RPGs have you running around, distracted with all the side quests, but with our game we wanted to keep you focused on an epic quest. Also, not many games have you planning your journey, and focused on survival like Oregon Trail. The game is simple, yet unpredictable and difficult. I admire that. 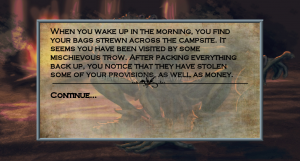 While Oregon Trail is about attrition, most RPGs are about building a progressively stronger character. Our game became a merger of the two. You want to build a stronger party, but ignoring your party’s needs can weaken them and lead to failure.

When we brought on writers, they gave the game new life. Matt (Schneck, Lead Writer) decided our simple board game approach to the writing was not good enough. He told a bigger story, we brought in more writers, and now we have a novel inside of our game. So, to summarize, what started as a simple concept turned into a major venture, a huge risk on our part, and a one-of-a-kind game.

Describe your team and where you are from.

Chad: I’m the programmer and as such, everything in the game goes through me. I developed the game engine and development tools the designers use to craft encounters. The team’s core is in Austin, Texas but we have many members throughout the (United) States. We even have a very talented writer from Malaysia on the team. 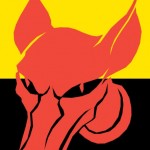 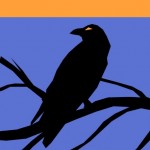 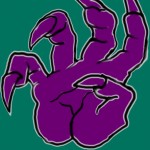 Why did you want to work on this project?

Jon: It was going to be our last game if it failed. It was different than anything we’ve worked on before, and I don’t think any one has done anything quite like it. It is too hard for a handful of indie developers to compete with multi-million dollar projects, so we carved out our own niche. Board games and a good novel last the test of time. TOI is part choose-your-own-story novel, part board game, part video game.

What were your inspirations?

Jon: I was inspired by a lot of different sources from Choose Your Own Adventure stories, D&D and Talisman, to Oregon Trail, Zork, Betrayal at Krondor and PSX-era JRPGs. Each of these games has mechanics that work great but are largely ignored by game developers today.

What features are you particularly excited about in Tales of Illyria?

Chad: What I like most is that it closely mimics playing pen and paper D&D with its Choose Your Own Adventure game mechanics. Combat is turn-based real-time, so it’s fun and and exciting. A latter development which I really appreciate is the emphasis on character. Each of the party members has a distinct personality and they react differently to being sick, running out of food and wine or if you are doing things against their alignment. 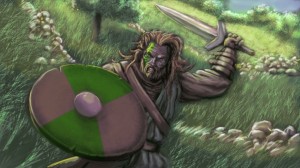 Jon: One that I’m really proud about is the taverns. Too many RPGs penalize you with negative status effect for going to a tavern. Our taverns are a major gameplay mechanic. Having a drink boosts morale and presents opportunities that you would not have otherwise had.

Also, healing can take time – your party may have to rest for weeks to heal their injuries or fight off a disease. Suddenly, investing in that hunting skill will seem like a good idea, when you run out of supplies from resting.

What challenges did you face with Tales of Illyria?

Chad: We started developing the game when Android 2.0 was the rage and so we targeted development at that. However, the memory a 2.0 app is given is not very much so it was a constant challenge to not run out of memory. Even though the game can run fine on many 2.0 devices, we made a late decision to upgrade to 4.0, basically to avoid memory issues all together. 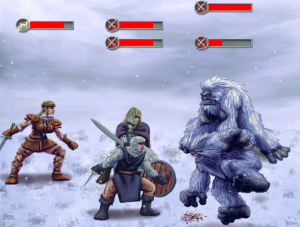 The game engine was obviously very challenging to create but the nature of the game required that I develop four tools for the designers to use: a world editor, a character editor, a party editor and an event editor. Each time I put off developing an editor, it became obvious that coding it by hand wasn’t feasible.

Jon: The game is huge for such a small team. We kept lying to ourselves that it would be done sooner than it really could be.

Chad: Tales of Illyria was supposed to be quick and easy, but scope creep set in. Now it’s massive and epic – it’s got about four novels crammed into it.

On what platforms will the game be released?

Jon: The game will hit Android first, and with some modifications, Ouya. Then, we will port to Windows, Mac, and Linux. Depending on the success of the game an IOS port is likely down the road.

How will it be distributed?

Jon: Android Market and Amazon. We will push for a Steam release when the time comes.

What are your hopes for the project?

Jon: I like to think of our engine as a new storytelling medium. I hope we can expand on what we have now, and keep producing new stories. 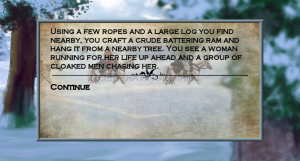 All our work is for a series. We built a huge world to explore, and tools to make endless adventures.

I want to expand on the toolset. Right now the game works best as a party, which is perfect for a D&D type of adventure. It could also be fun, in the future, to control a single thief, a pirate with a crew, or even a warlord controlling armies.

What are the team’s future plans? 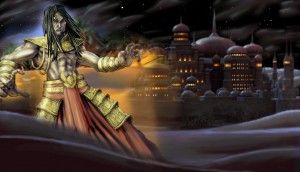 Chad: We want to get started on the sequel right away. A sequel was always intended as the cost to make (them) will be a fraction of the cost, so it would be a massive waste for us not to create sequels.

(The story) will start in Vasena, the desert kingdom which has yet to be fully developed. It will likely have a female lead. We also want to create a Gama World/Fallout version of the game using the exact same game engine and tools. We would swap out the graphics and story for one set in post apocalyptic earth.

Jon: We would love to do a cyberpunk/post-apocalyptic version.